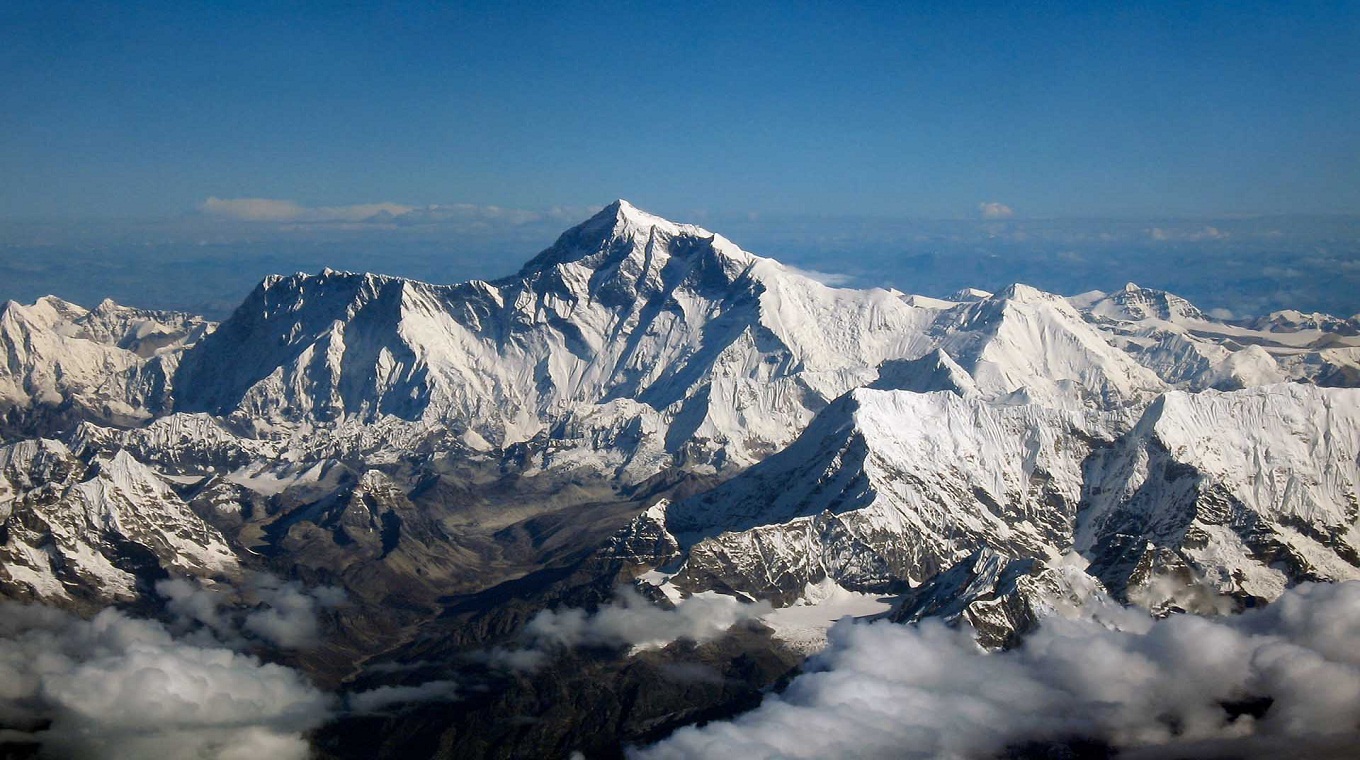 The Everest region is located in the northeast of Nepal. The 10-day walk through the middle hills of Solu to the higher altitudes of Khumbu to the base of Sagarmatha, or Mt. Everest, the world’s highest peak, is an opportunity to observe and participate in the daily life of the legendary Sherpa people. The prime attraction – the 8,848 m peak of Mt. Everest – lies in Sagarmatha National Park, which is also home to two other eight-thousanders – Lhotse and Cho Oyu – besides several other prominent peaks above 6,000 m. Designated as a World Heritage Site in 1979, much of the 1,148 sq. km park lies above 3,000 m. The park is composed of rugged terrain with deep gorges, glaciers and huge rocks. The vegetation in the park changes from pine, hemlock, fir, juniper, birch, rhododendron and shrubs to alpine plants and then to bare rock and snow. It is home to the ghoral, tahr, serow and musk deer as well as the impeyan pheasant, blood pheasant, red-billed chough and the yellow-billed chough. The trail to Everest also begins at Lukla, the airport at 2,850 m. The trail climbs up the Dudhkoshi River Valley, and the following day brings you to the legendary Sherpa village of Namche Bazaar in the Khumbu (3,500 m), which is the staging point for expeditions to Everest and other peaks in the area. Above Namche lie the traditional villages of Khunde and Khumjung. Khumjung which is the largest village in the Khumbu lies at the foot of the sacred peak Khumbila. The Khunde Hospital, maintained by Himalayan Trust, and Khumjung School, the original Hillary School set up in 1960, lie here. Across the canyon from Khunde, perched on a high ridge, is the Tengboche Monastery, the leading Buddhist center in the Khumbu. The monastery rests amid stunning views of Everest, Lhotse and Ama Dablam. Pines, azaleas and colorful mountain rhododendrons ring the attractive monastery. There are rest houses, lodges and camping sites here. From Tengboche, you can continue on to Pheriche, Kala Pattar and the hamlet of Gorakshep. From here, the site of Everest Base Camp is easily accessible, as is the summit of Kala Pattar (5,545 m), from which much of Mt. Everest is clearly visible. However, you must take time to properly acclimatize as the altitude gains are rapid.