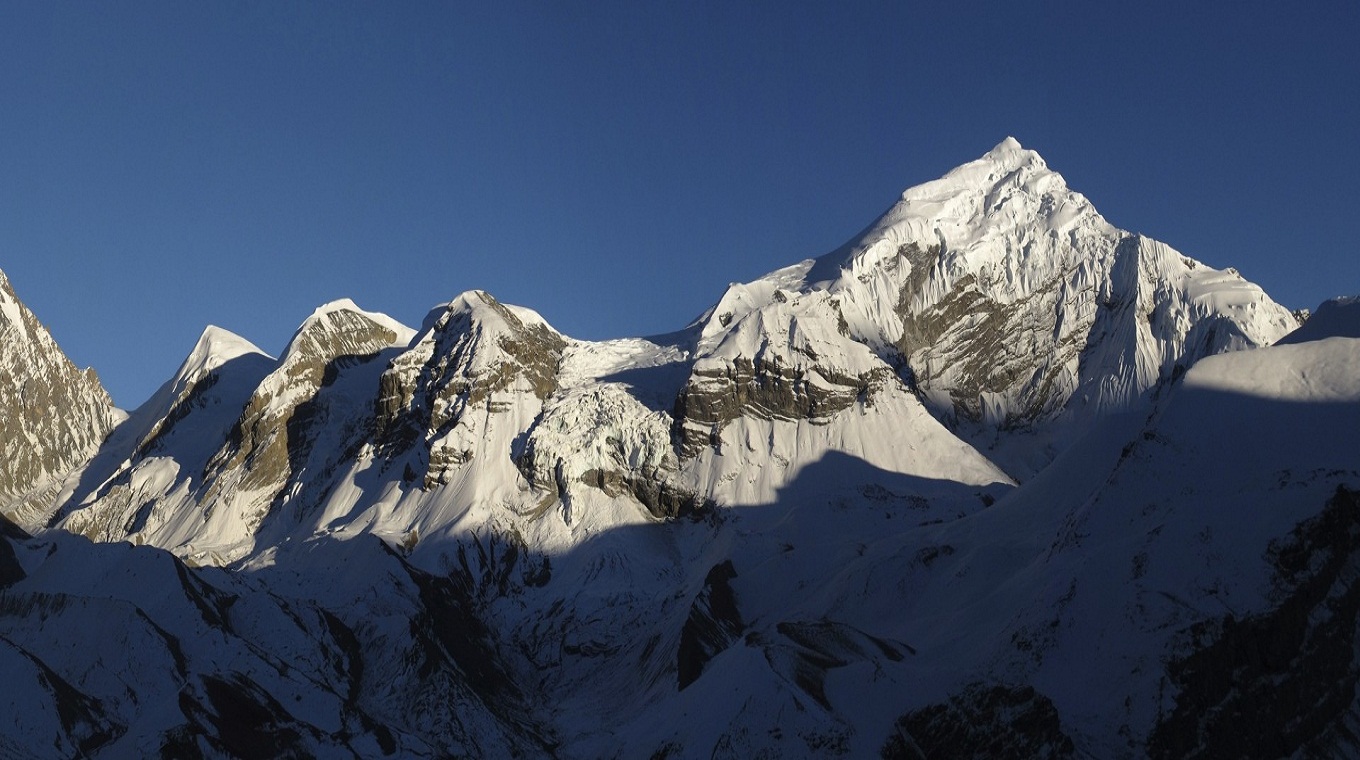 After initial preparations and sightseeing in Kathmandu, we drive to Khudi from where we begin our trek. The trail leads slowly to the Manang Valley, one of the highest valleys of the world. We set up two camps above the Base Camp. After submitting the Chulu West, we return via the Thorong-La Pass and Muktinath to Jomsom. From Jomsom, we fly to Pokhara and drive back to Kathmandu. 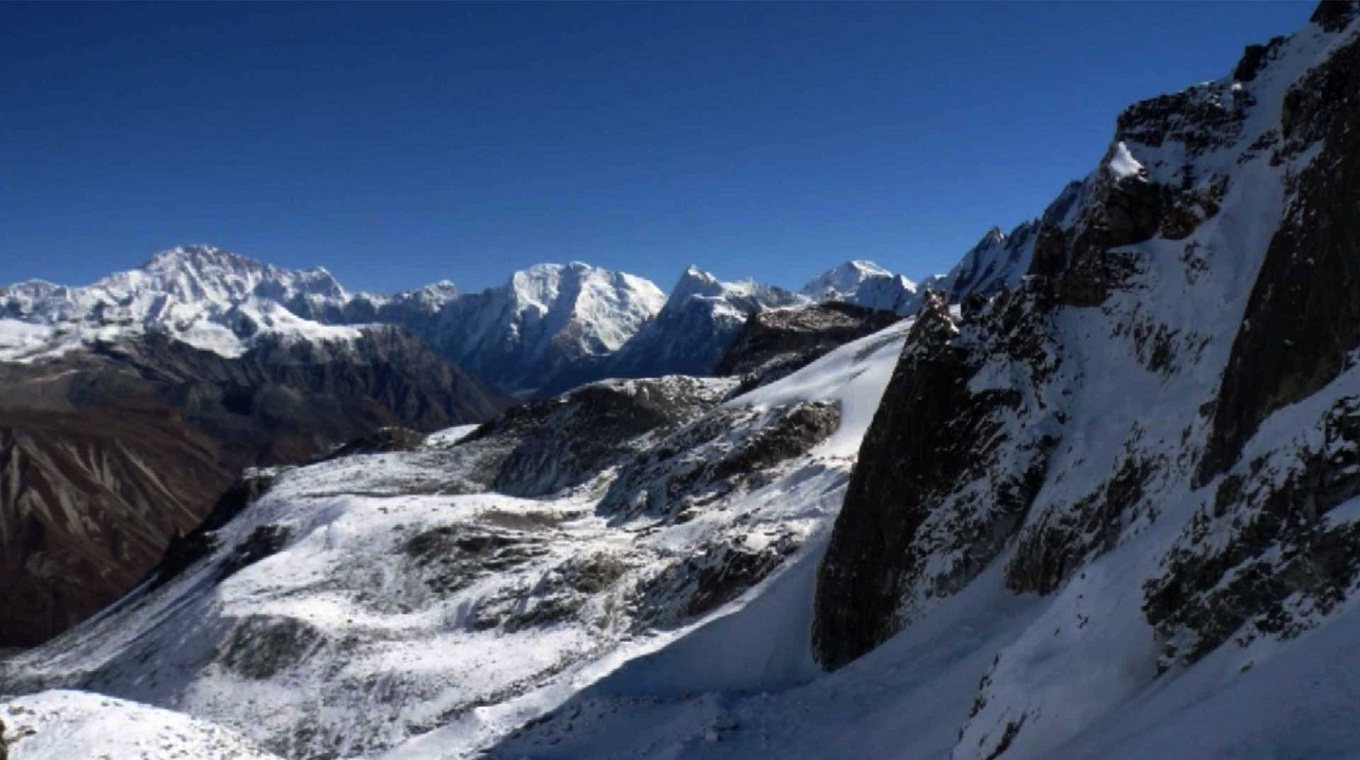 Naya Kanga (5,844 m) rises to the west of Ganja La and is a popular but difficult mountain to climb. The normal route to this peak is via the snowy north-east ridge. Ganjala Chuli or Nayakang Peak climbing can be accomplished in Langtang valley. You will be utterly speechless at the stunning views of Langtang Lirung (7246m), Lenpo Gang (7083m), Dorje Lakpa (6990m) and mighty Shishapangma (8027m) in Tibetan side as it adds a reward to your ambition of peak climbing.

The Langtang valley is surrounded by high peaks of great appeal. It has become famous ever since the British mountaineer Bill Tilman described it as the most beautiful valley in the world. The highest peak in this area is Shisapangma or Gosaithan 8027m in Tibet. The course from the Langtang valley to Gosaikund is full of diversity and it is attracting many tourists. The Langtang valley is also known as the treasure house of Alpine plants. The whole valley is covered with flowers during the summer. This high and isolated region is inhabited by Tamangs whose religious practices, language and dress are much more similar to Tibetan. 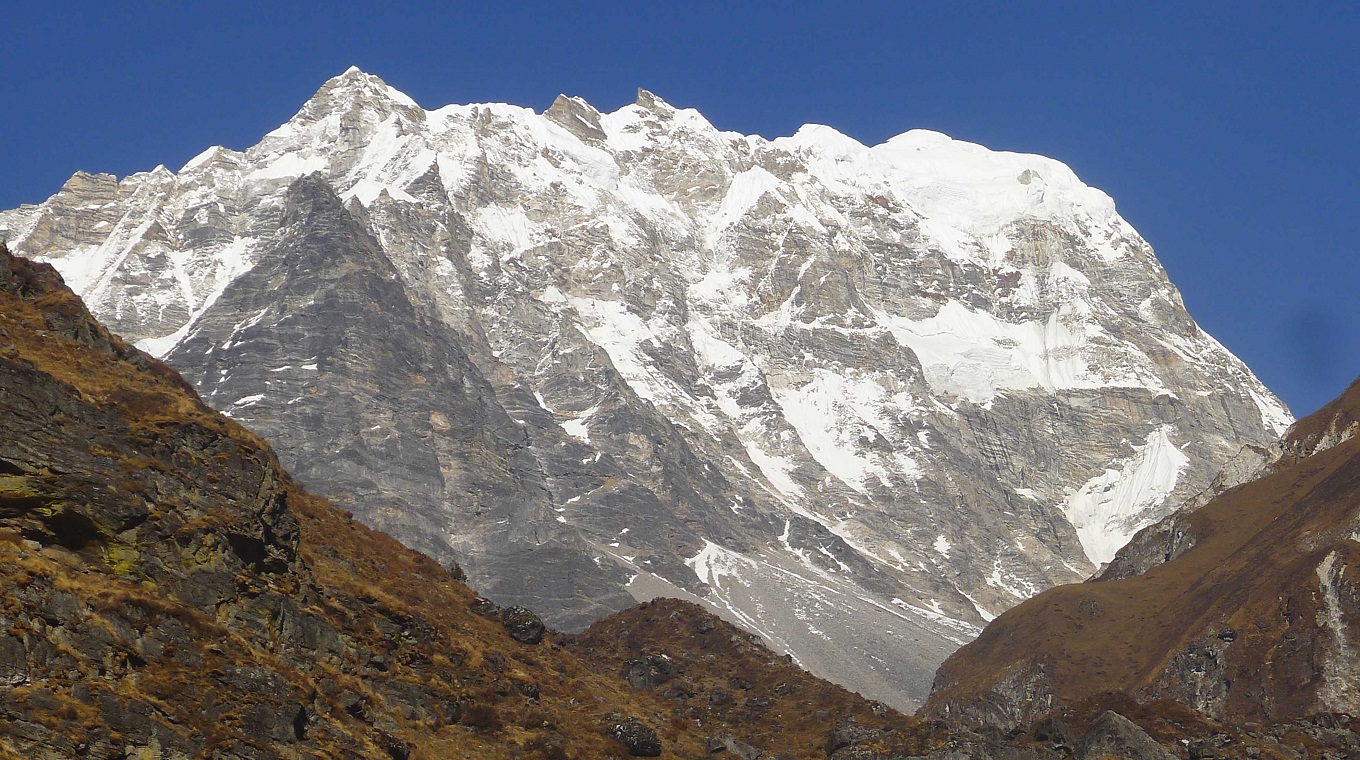 Yala Peak is one of Nepal’s famous and easier peak, which is found to the north of Kathmandu in the beautiful Langtang valley region i.e. is in gosaikunda district with lots of beautiful scenery, hills, and many other peaks along with lots of greenery this 5500 meters peak does not require perfect mountaineering experience.so for its succession From Kathmandu, we drive to Dhunche or Syabru Bensi, then trek up the valley for three days. We explore the Langshisa glacier to help us acclimatize, establishing a high camp at 4800 meters from where we make our summit bid. After an alpine start under stars, we are on the summit by late morning, with some amazing views of Tibet and mount Shisapangma (the only 8000 meters peak which is fully situated in Tibet). 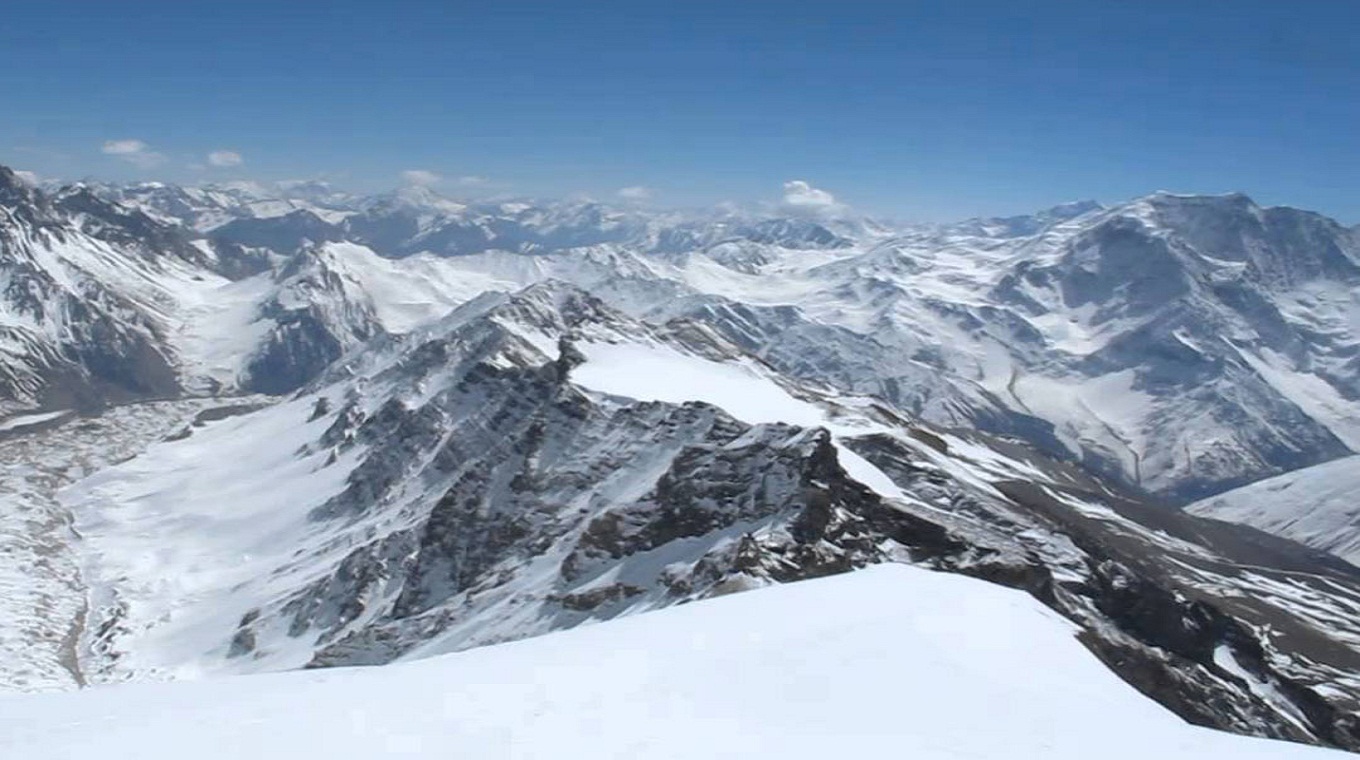 This is the newly opened region by Nepal government for the trekkers. So it has still its own natural extraordinary virginity of beauty that every Trekker can have the maximum satisfaction of nature’s paradise here. Tamang’s, Sherpa’s diverse culture and tradition make the tour fascinating and ever memorable. This trek initiates from Gorkha along with Larke pass (5420 m.) and prorogues finally at Dumre after 22 days. Trekking around Manaslu rewards you an excellent opportunity to experience in the exceptionally unvisited region of Nepal. This region of Nepal receives a few trekkers, which makes your visit here more interesting and exotic. Manaslu trekking has been open for travelers since 1991 and it provides spectacular beauties along the border of Nepal and Tibet and. Organized trekking in groups and special permits are required to gain entry into this region.

Manaslu has unique ambiances, which is dastardly rich in biodiversity that has made this region one of the finest tourist destinations of Nepal for the eco-tourism. The majestic Himalayan ranges in this area belonging to cultural diversities and natural sceneries with high altitude’s attractive glacier lakes and fascinating flora and fauna are all the valuable natural assets of this region. 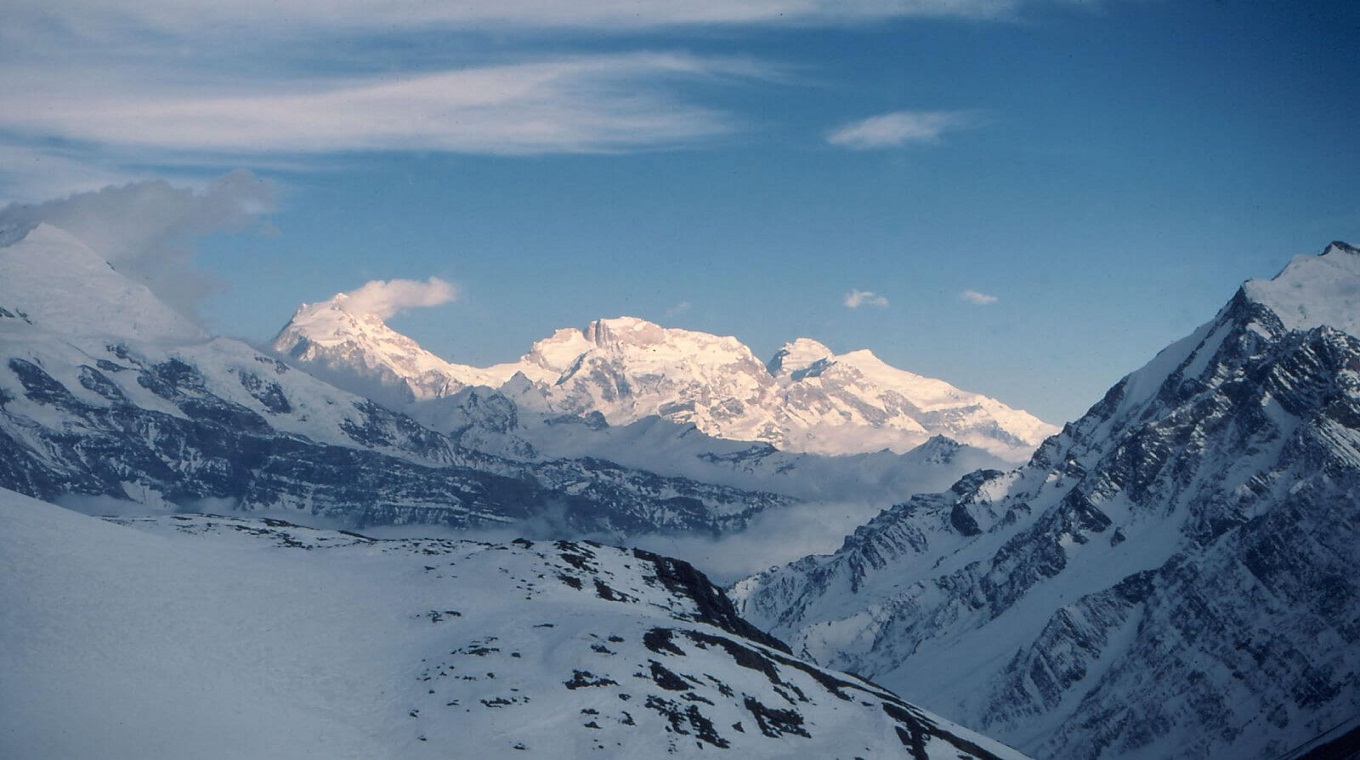 Chulu East (6,584 m.) is situated high above the Manang valley with breathtaking views across to the Annapurna II, III and IV, Gangapurna, Glacier Dome, Dhaulagiri, Tilicho Peak, and Manaslu. The climb is combined with the classic trek around the Annapurna massif, ascending the Marshyangdi valley and crossing the Thorong La, before descending the Kali Gandaki valley to Pokhara. The climb is technically straightforward and you should be familiar with the use of your equipment, crampons, harness, ice ax, tying knots, and handling climbing ropes. Most of the climbing will be involved walking roped together, including the glacial crossings. You should be very fit and have good experience of climbing.

The North-East Ridge is considered the normal route to climb this peak from a Base Camp on the moraine at 5334m (17500ft). Most climbers make it to the top and back from Base Camp in one long day although some have, in the past, established a higher camp somewhere below the peak. Another subsidiary peak called Chulu Far East (6059m) 19880ft) may also be attempted from this approach.

Although the approach up the Marshyangdi is relatively quick and involves no great altitude gain, the trek takes you through a wonderful variety of landscape and culture; from the subtropical lower reaches of the valley with its terraced fields where Gurung people dominate, to the ethnically as well as socially interesting Managba people of the upper valley, crossing rhododendron and pine forests. After the ascent, our route crosses the Thorung La, a 5350m high pass before dropping to Jomsom downstream the Kali Gandaki River. We fly back to Kathmandu via Pokhara 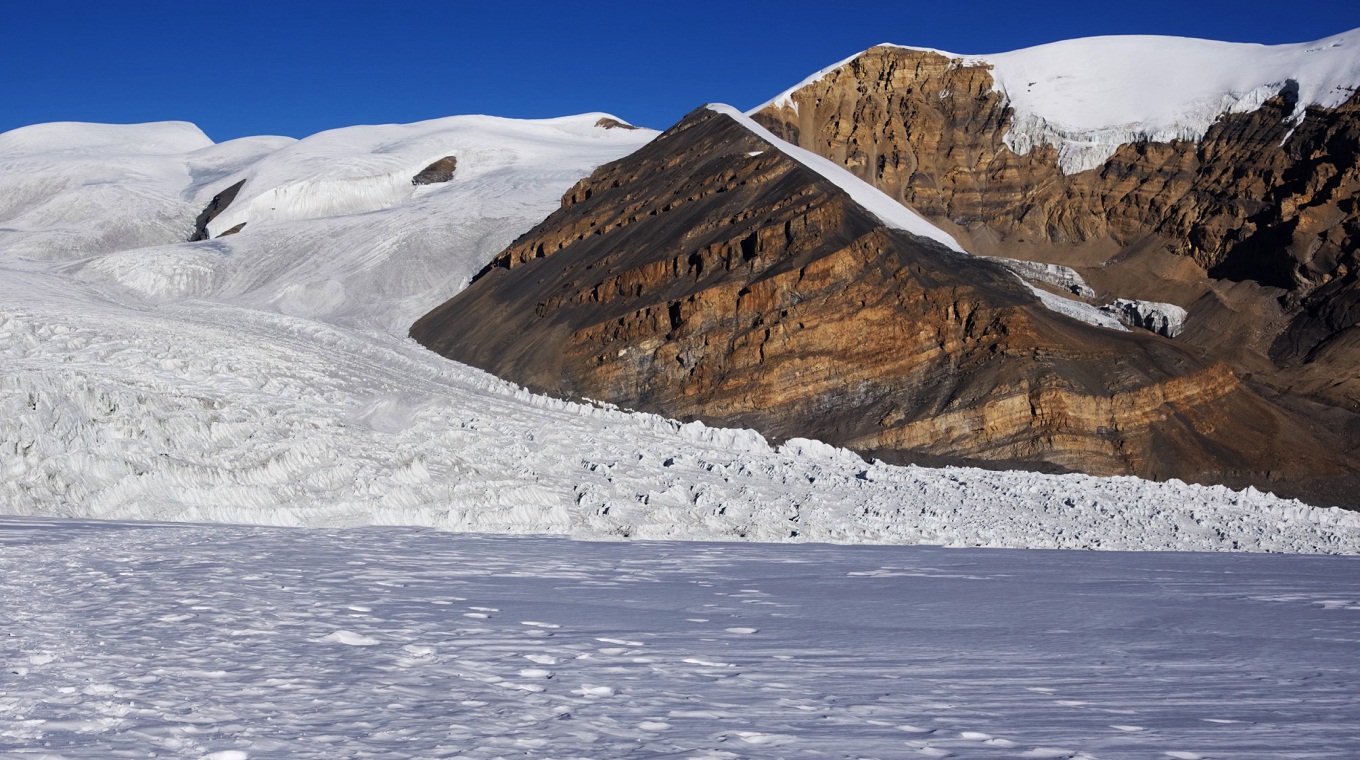 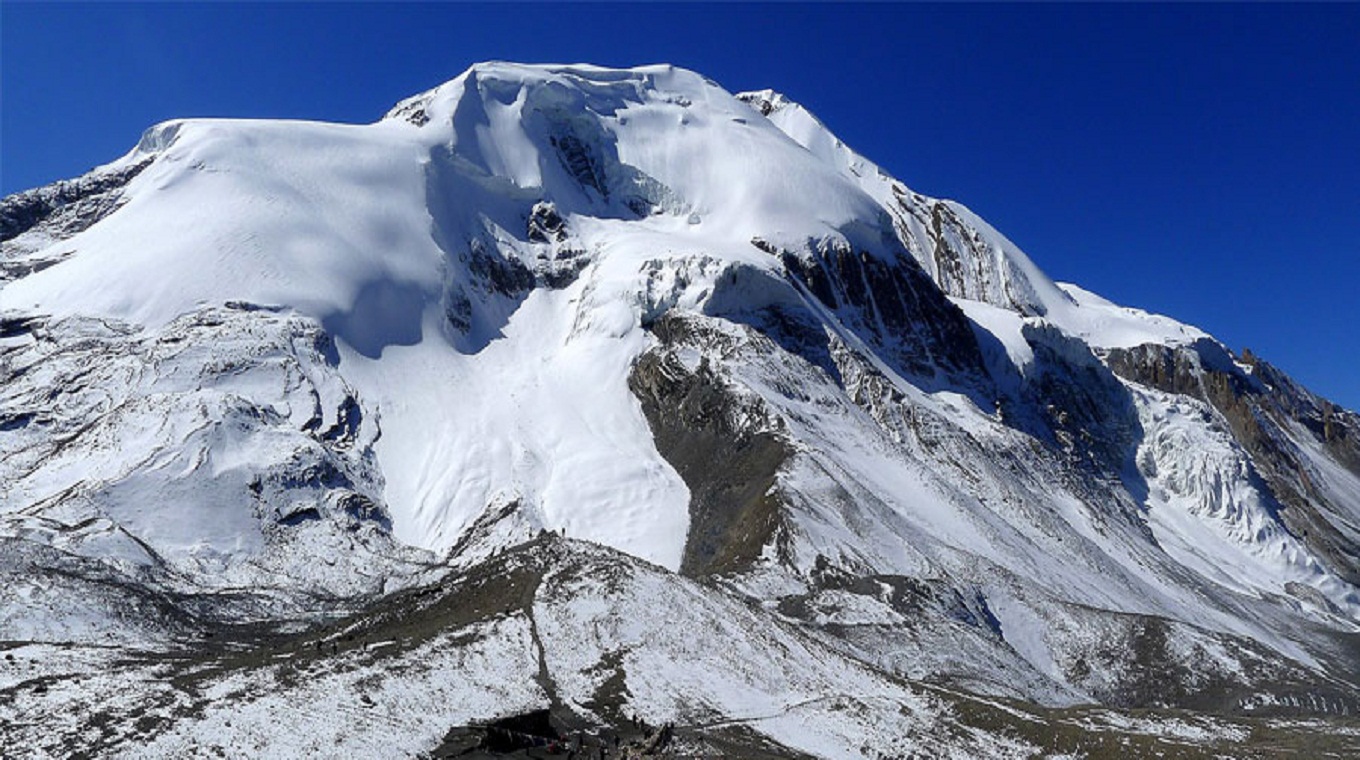 Thorang peak (6144m) is the nice snow mountain on the left, just to the south of the Thorang La, seen just past the Gya La (3970m) between Testing and. The trail from Testing descends from the Gya La (3970m) and eventually joins the main trail from Manang to Ranipauwa. Muktinath is visible in the lower right. This trekking route is mostly deliberate for them who adore enjoying the flora and fauna of panoramic views of Annapurna Himalayan range. This route takes you to the most stunning mountain landscape, delightful settlement of Gurungs and other communities their slate-roofed houses, where you can discover the unbelievable rhododendron forests will gives you different smile. The highest point of this Trekking is Thorang La pass 5416m. There are no detailed maps obtainable about this area of Nepal. The maps you can buy contain south of the pass only a mountain call Khatung Kang (6488 m). But this is not the mountain you can see and climb from Thorong La, but the one behind it. Because of that these mountains often are mixed up.

Thorong peak is left above from on the way to most well-known Thorong la pass (5416m.) thousand of trekkers very years through this pass. Climbing Thorong peak spectacular but demanding trekking peak one should need a permit and skilled climbing guide and should go through the register trekking agency in Nepal. It is true that the earlier knowledge is necessary to climb this peak. However, you must be set spiritually as well as healthy for this risky climbing. This trail takes you to the most spectacular mountain scenery, charming settlement of Gurungs and other community their slate-covered houses, where you can explore the incredible rhododendron (national flower of Nepal) jungle will give you diverse smile. This mountain is the shortest opportunity to gain a 6000 meters peak while doing the well-known Annapurna circuit trekking. From this passes it is the first mountain to the south. The highest point of this trek is Thorang La pass 5416m. There are no full maps available about this area of Nepal. The top of this peak offers grand views of Nilgiri peak, Tilicho peak, Dhaulagiri range, Annapurna range, spectacular scenery of Mustang region which is special trekking area with the of Kali Gandaki valley. This valley is the well-known route to the upper Mustang. 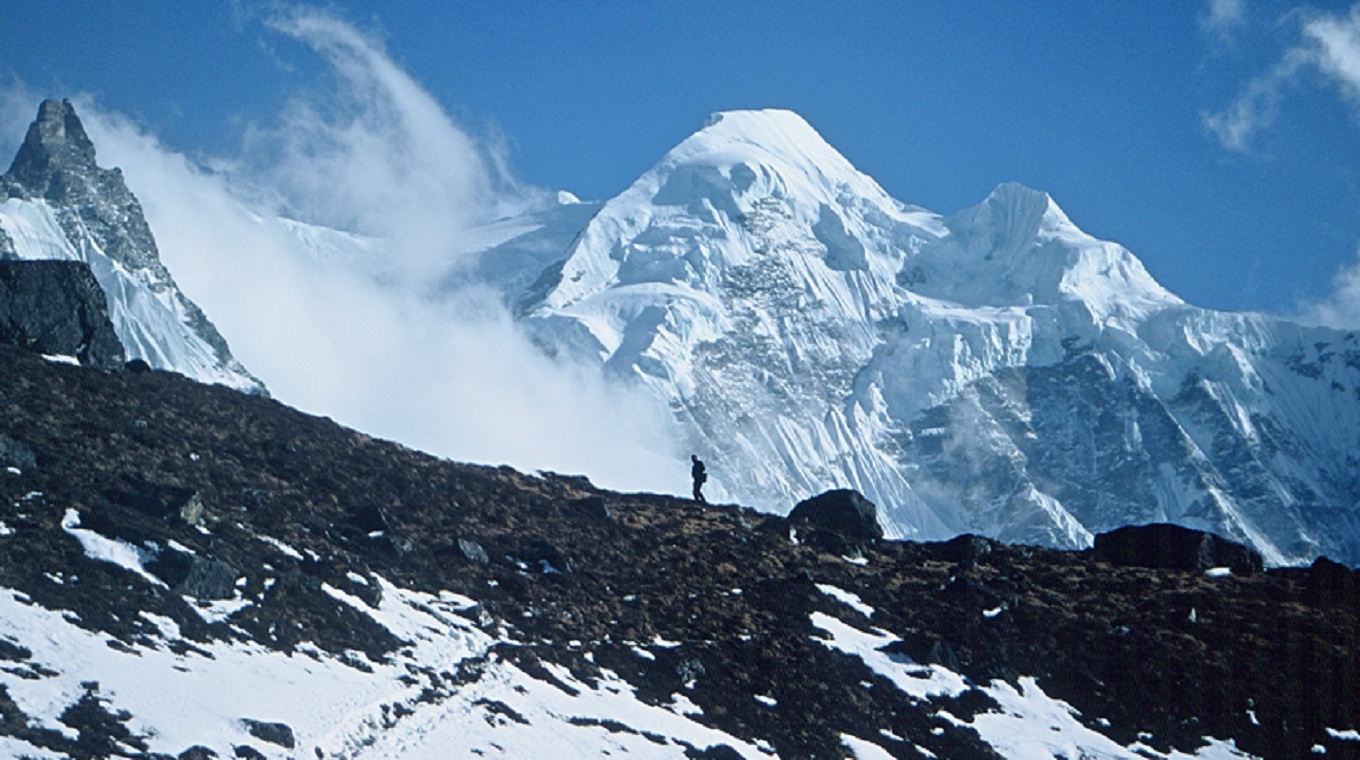 This is an attractive and the most technical climbing peak in Annapurna region. German expedition team made the first ascent in 1955. This fascinating peak can be seen from the Pisang village, way to regular classic Annapurna route while we go to round Annapurna trek from Besisahar after driving from Kathmandu via Jagat-Dharapani-Chame. We turn right side and cross the Marshyangdi River to go in Pisang peak base camp 4700m through Upper Pisang village where we can visit the monastery of Tibetan Buddhist. We continue our trek in vertically up to install tented camp in Pisang High Camp 5100m and next early morning, we have to climb up the black slippery rock parts where climbing techniques are essential. Then, we start to climb in snow parts in 45 degrees and reach on the top. The climbers can see the panoramic views of Annapurna, Manaslu, Himlung, Kangaroo and the hidden Nar Phu valley. Either trek can continue for Thorong Pass 5416m or Tilicho Mesokanto pass. Finally, fly back to Pokhara from Jomsom.